Syria, which is also known as The Syrian Arab Republic, is without a doubt a Middle Eastern gem. It is famous for some of the most fascinating sights, the region’s most stunning natural environments and a culture and history filled with mystery and curiosity, Syria is rapidly becoming a top tourist destination among the entire travellers. Avail best deals on tour packages with Journey Cart Holidays. 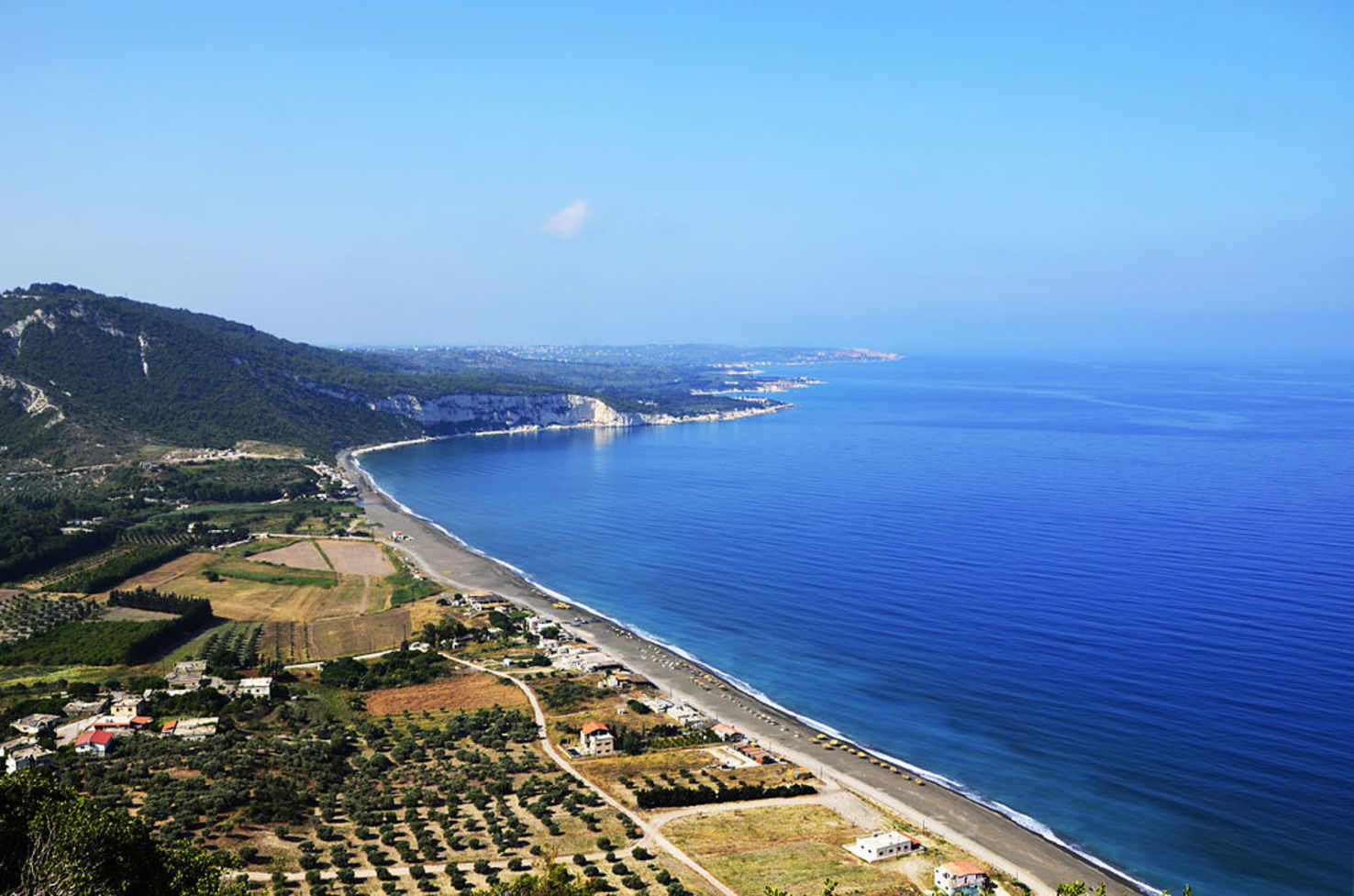 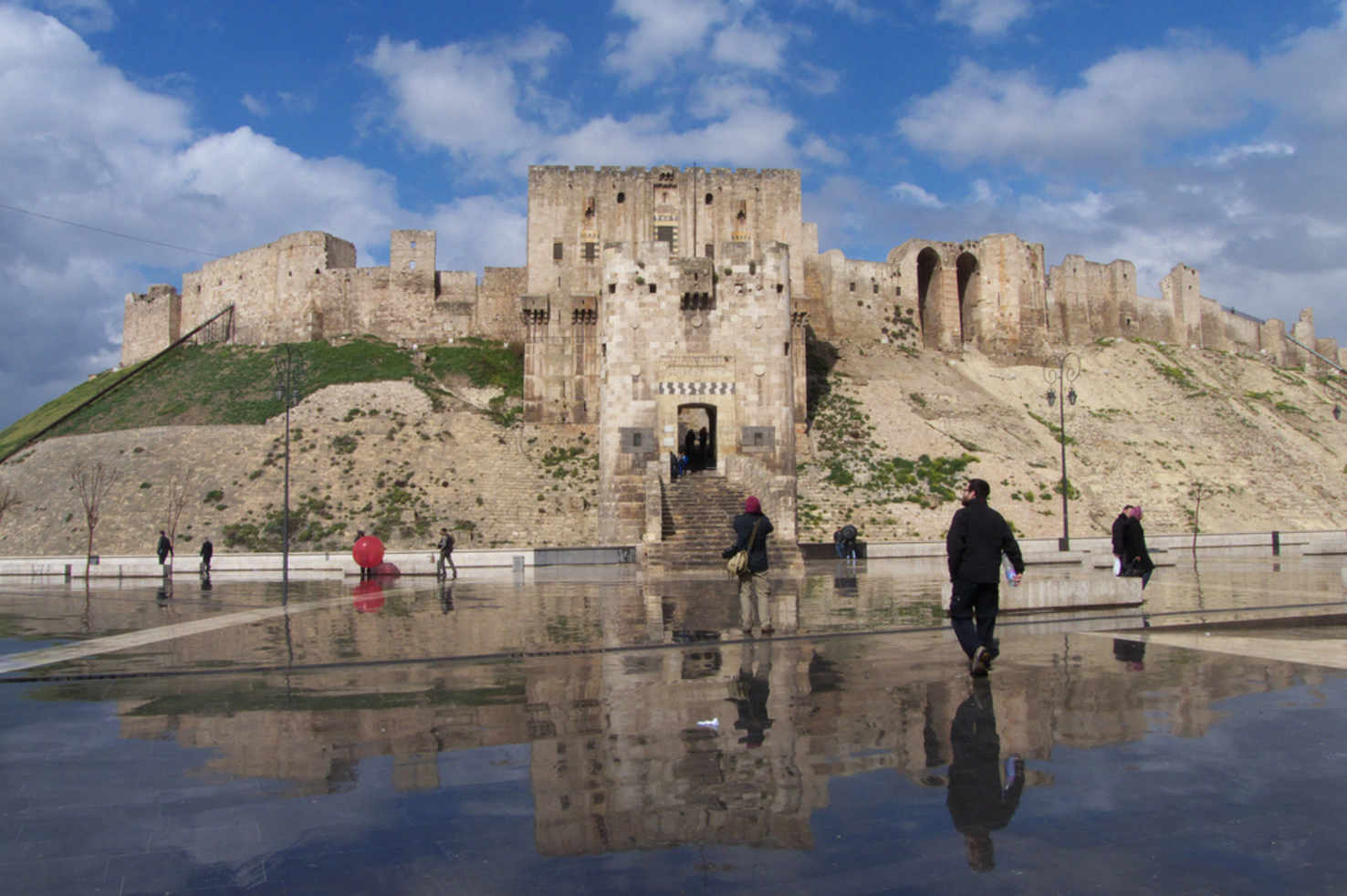 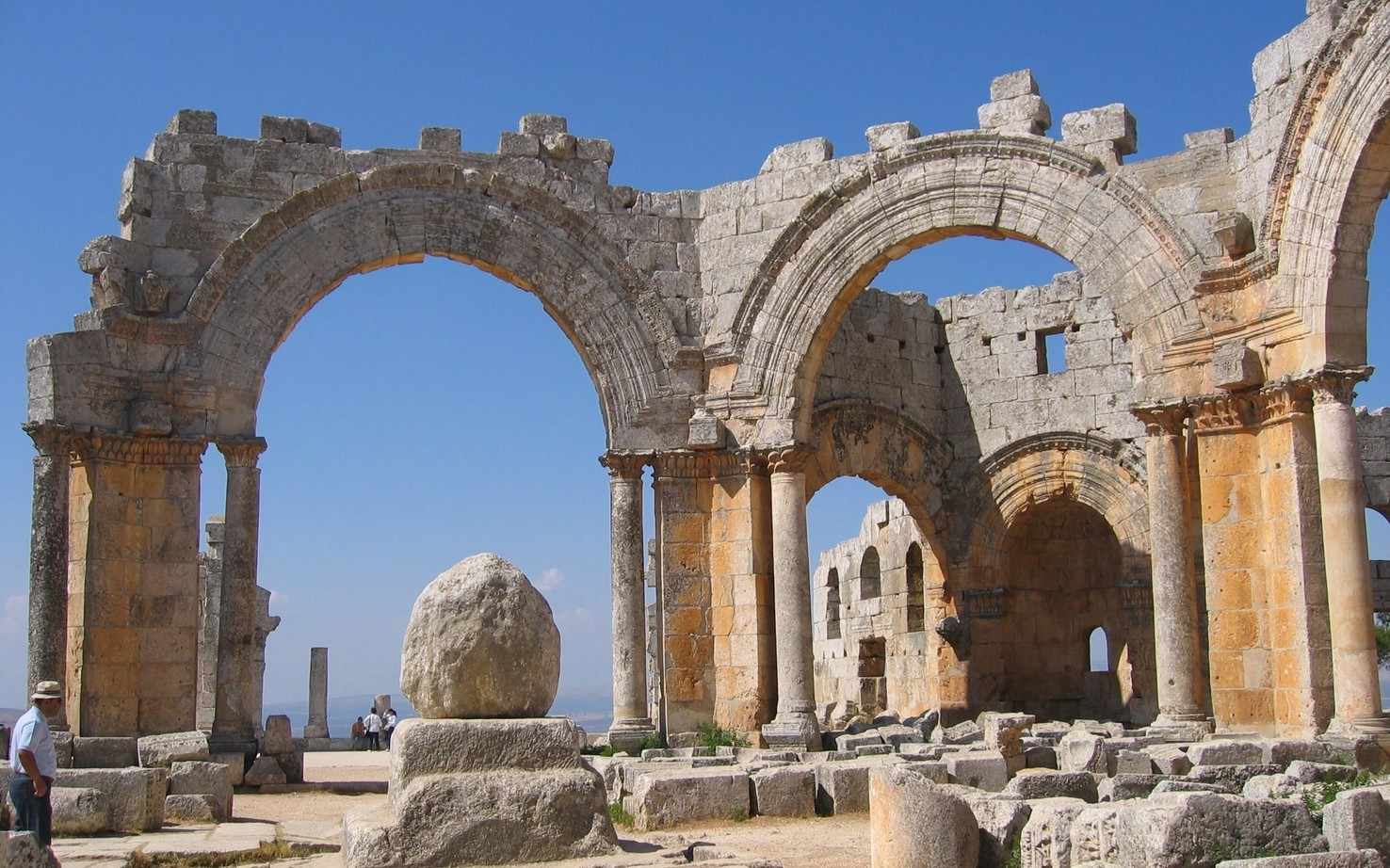 You are met upon arrival and taken to your luxury hotel. Damascus, the capital of Syria, is one of the oldest inhabited cities in the world, dating back to 4000 B.C.

Your full day of sightseeing starts with the National Museum of Damascus, with its large collection of ancient Syrian and classical antiquities. Next visit the Christian quarter to see the underground St. Anannias Chapel and St. Paul’s Church, both situated behind Bab Keissan, one of the gates in the old wall encircling Damascus. See the infamous “Street Called Straight” where Judas once lived, and the Window of St. Paul, where he was lowered in a basket out of the window to avoid arrest. After lunch, explore the Old City. See the Azem Palace; with a simple exterior that contrasts sharply with the beautiful interior, it is a wonderful example of an 18th century Damascene house. Visit Umayyad Mosque, built in 705 A.D. when Damascus was the capital of the Arab Islamic Empire, and the adjacent Tomb of Salah al-Din (Saladin’s Tomb), built in the 12th century with beautiful marble mosaics inside. Continue to the old covered souqs (markets) of Damascus, with their fragrant scents, spices, and exotic colorful merchandise. At sunset, drive up 1,150 feet to Quaison Mountain, for panoramic views of the city.

This morning drive to Crac des Chevaliers, the Castle of the Knights, a stately 12th century Crusader castle, and one of the most famous medieval citadels in the world. After lunch drive to the Mediterranean city of Tartus, a major Christian stronghold during the 4th-century. Visit the Cathedral of Tartus before continuing on to Lattakia, an important historic and modern-day port city.

This morning drive to the capital of the Ugarit Kingdom, the ancient city of Ras Shamra. In its prime, 1450 to 1200 B.C., the city produced great royal palaces, temples and shrines, and it is where the first known alphabet was created in 1400 B.C. Next drive up into the limestone hills and visit the 5th century A.D. pilgrimage cathedral dedicated to St. Simeon. He preached here, from the top of a pillar, for 42 years. Four Basilicas are arranged in the shape of a cross, with an octagon at the center where the base of his pillar is still seen. Continue to Aleppo, one of the great Middle Eastern trading centers.

Enjoy a full day of sightseeing in Syria’s second largest city, renowned for its stone architecture. See the Great Mosque, built in the 12th century it represents a pinnacle of Arab Islamic architecture. Visit the Citadel, a site dating back to the 1st millennium B.C. and a marvelous example of Arab military architecture. Next, tour the National Museum, containing exhibits from the Stone Age through modern times. After lunch, explore the over 7-mile long labyrinthine of old covered souqs. Dating back to the 15th century, they are living museums depicting medieval Arabian life and a wonderful place to shop – find everything from djalabiyas (a long loose Arabic coat) to carpets to rows and rows of gold jewelry.

Today visit the Kingdom of Ebla, where recent archaeological discoveries reveal the old Syrian civilization that flourished in the 3rd and 2nd centuries B.C., including a library containing more than 17,000 clay cuneiform tablets, the earliest written documents in Syria. Noriahs in Hama Drive on to the ruins of Apamea, a city distinguished for its high walls and mile-long thoroughfare. Surrounded by columns with twisted fluting, walk along the avenue Anthony and Cleopatra once strolled. View Apamea’s extraordinary mosaic panels in the Mudiq Citadel; built in the 12th century, with huge towers that overlook the Ghaab plain. Then continue to the beautiful city of Hama, well known for its enormous 90-foot waterwheels (noriahs), which have scooped water from the Orontes River and poured it into irrigation canals for millenniums. Continue through the middle of the Syrian Desert to arrive at Palmyra.

Today explore Palmyra, the “Queen of the Desert,” and oasis city and link on the ancient Silk Road between the Mediterranean and Euphrates. Visit the archeology museum, the Tudmor Museum, rich in art of various periods from Palmyra and the Syrian Desert. See the Temple of Bel, enclosed with a double row of limestone columns on each side, and the mile long colonnaded street and monumental Arch of Triumph. In the late afternoon drive up to visit the Arab castle citadel of Fakhereddin Al Ma’an, built in the 16th century, for spectacular views of Palmyra at sunset.

This morning drive across the Syria/Lebanon border, to one of the world’s greatest historical sites, Baalbek. A World Heritage Site, this city’s awe-inspiring city ruins and its temples are among the largest and finest examples of Roman architecture in the world. The Temple of Bacchus is the best-preserved Roman temple in the Middle East and larger than the Parthenon in Athens. Explore this ancient city, appreciating the grand columned temples and their intricately carved stonework. After lunch, return to Syria and Damascus.

Today you are taken to the airport for your flight home or on to your next destination. 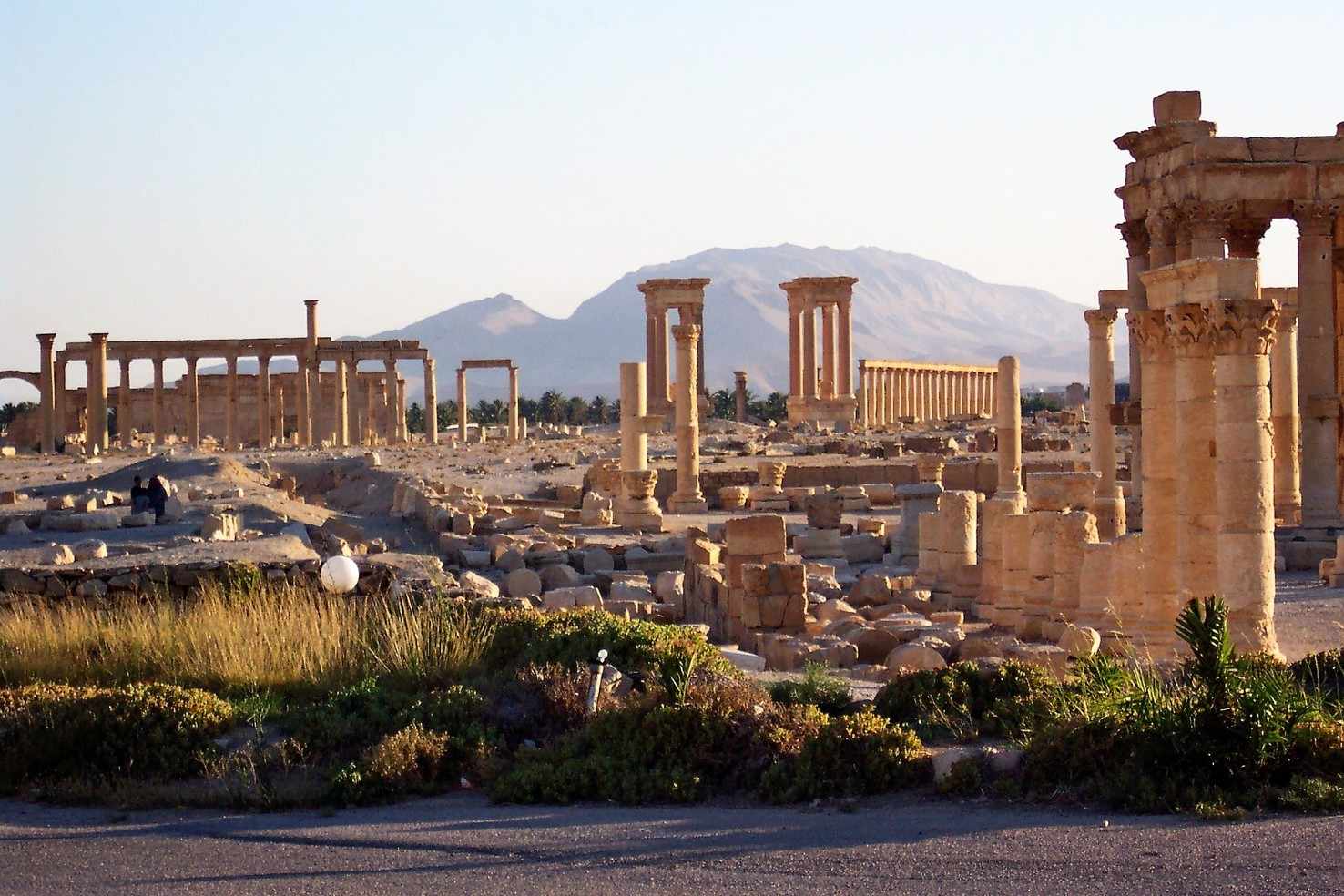 Syria is popular for its history; Travelers have several opportunities explore ancient ruins and get lost in some of the world’s also inhabited places. It’s past is livable. It is interesting to visit the actual sites where so many pivotal events took place. Avail best deals on tour packages with Journey Cart Holidays.