Not many people can find Uzbekistan on a map. Uzbekistan is famous for its architecture and Silk Road history. The best tours in Uzbekistan take you to some of the magnificent cities of the Silk Road: Khiva, Bukhara, Samarkand, and more. Beautiful, detailed ceramic tiles are everywhere in Uzbekistan. Mosques, minarets and madrasas are what Uzbek architecture is all about, and Khiva, Bukhara and Samarkand are historic hot points. Uzbekistan vacation offers an ideal escape in the deserts of Central Asia. Book best tours, trip and vacation packages to Uzbekistan with Journey Cart Holidays. 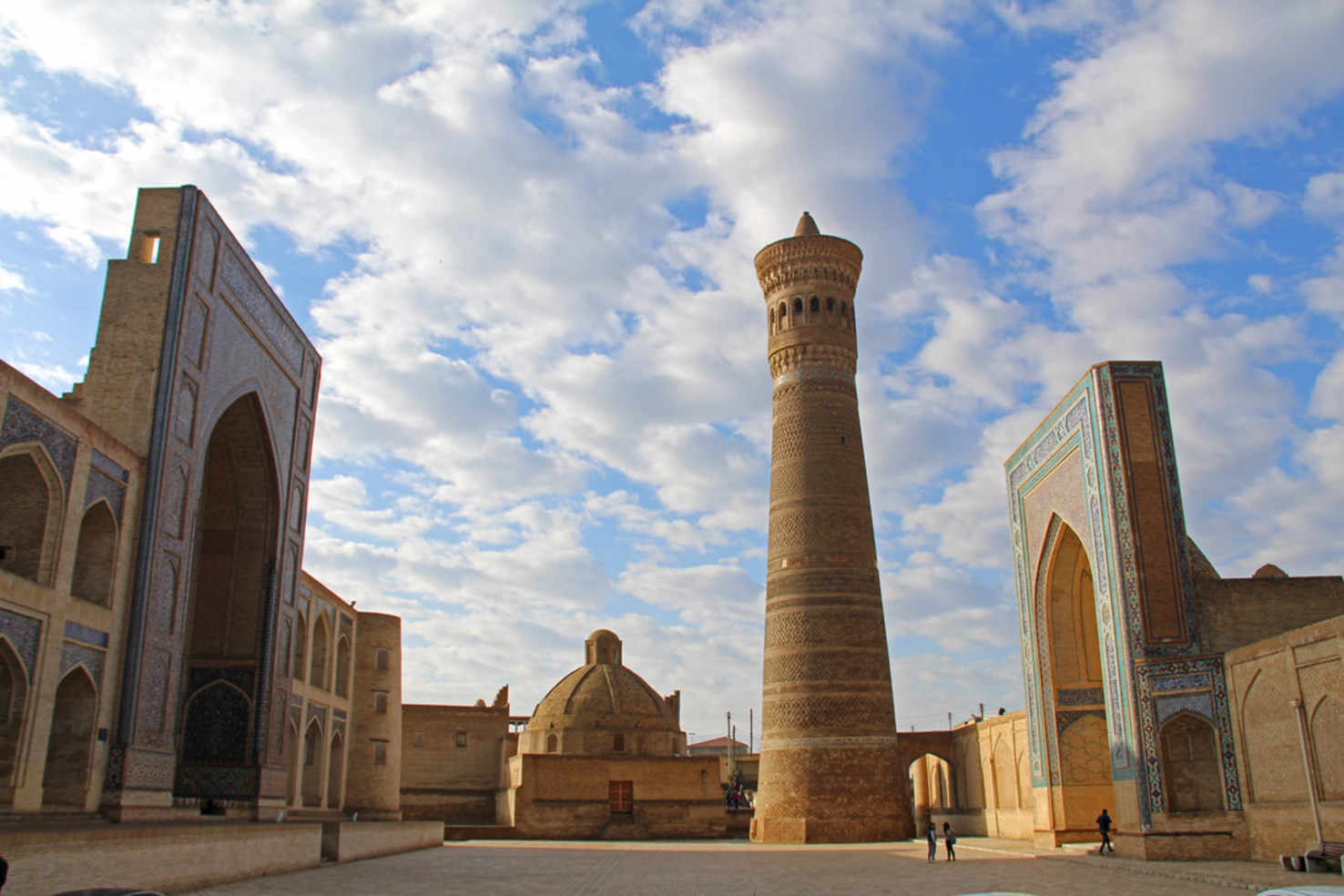 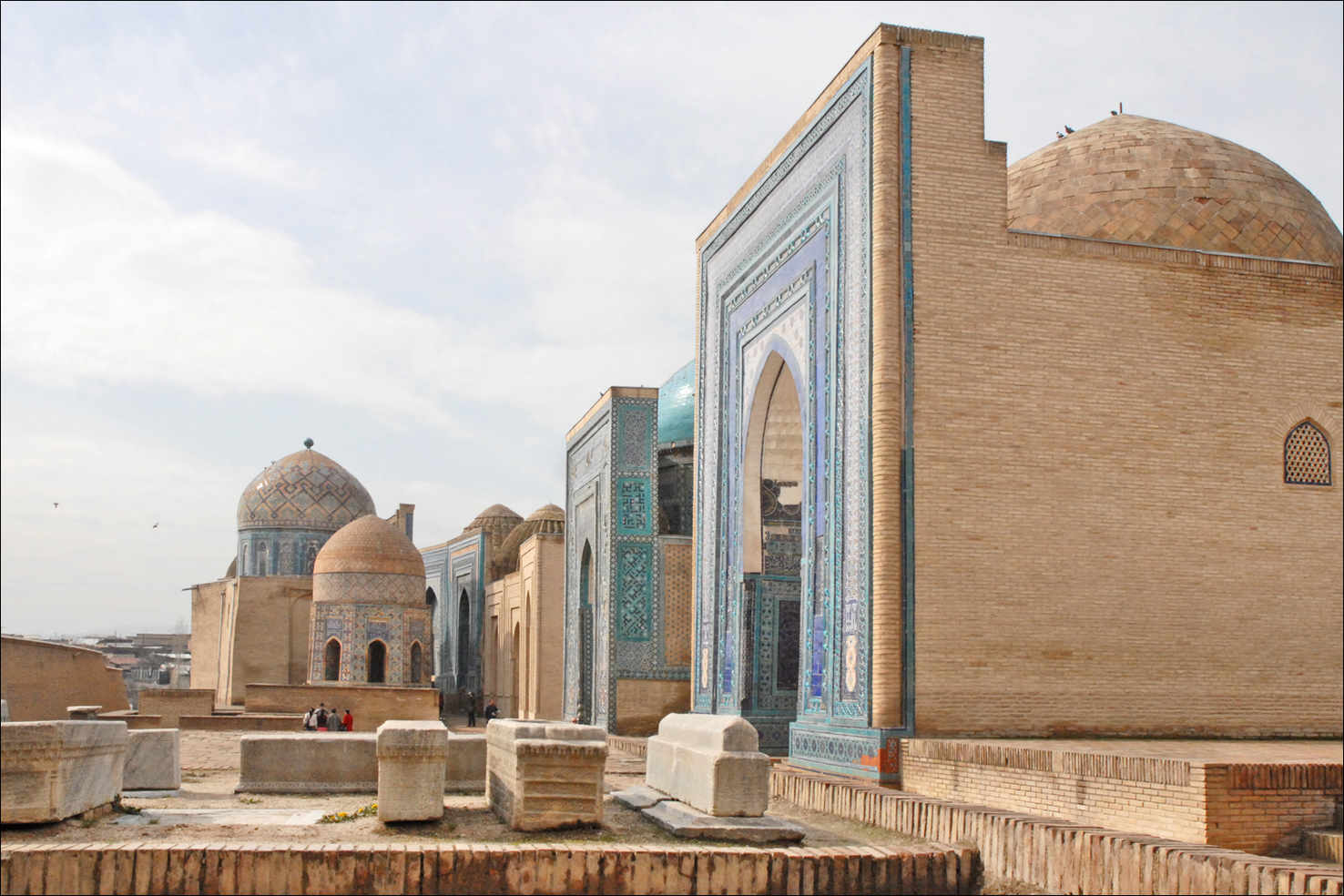 On arrival at Tashkent International airport, you will be met and transferred to the hotel. Later in the afternoon, embark on a city tour of Tashkent. Key highlights include Chorsu Bazaar, Timur Bazaar, Amir Timur museum, Kukeldash Madrasah, Tashkent TV Tower and lots more. Rest of the evening is  Overnight in Tashkent.

Today, you will be transferred from hotel to the airport in Tashkent, for your flight to Bukhara. Note: Flight cost is not included. Transfer from airport to hotel in Bukhara, en route enjoy a city tour of Bukhara.  On arrival in Bukhara proceed for city tour. The highlights of the tour includes visit to the Citadel Ark which is the center of the government of Bukhara, Bolo-Khauz Mosque which is in the UNESCO World Heritage Site list, Samanides Mausoleum which is an architectural masterpiece, Chashmai - Ayub Mausoleum, a religious site and it also includes a Museum of Water and many other historical and religious monuments such as the Nodir Devonbegi Madrasah, Poyi Kalon that consists of Kalon Minaret, Mir-i -Arab Madrasa, and the Lyabi-Khauz Ensemble. Later, walk along the Trade domes and the kompol bazaar where you can find many souvenir shops existing from ancient times. Later check in to the hotel. Overnight in Bukhara.

Board the train from Bukhara to Samarkand.On arrival in Samarkand, proceed and check in to the hotel. It is one of the oldest inhabited cities in Central Asia, prospering from its location on the Silk Road between China and the Mediterranean. Transfer from hotel to train station in Bukhara, en route explore the Bakhouddin Naqshband Mausoleum and Sitorai-Mokhi-Khosa Palace. Today morning check out of the hotel and drive to the Bakhouddin Naqshband Mausoleum. It is a mausoleum of the famous Sufi philosopher of the East and the site of fire-worshipers. Continue to Sitorai-Mokhi-Khosa Palace which was the summer residence of the last Emir of Bukhara. Transfer to the train station in Bukhara for your high-speed train to Samarkand.Overnight in Samarkand.

Embark on a city tour of Samarkand.Explore the city of Samarkand. The tour begins with a visit to the historical monuments such as the famous Registan Square that consists of Ulugbek Madrassah, Sher-Dor Madrasah and Tillya-Kori Madrasah. Continue the tour Gur-e-Amir the mausoleum of the Asian conqueror, architectural complex of Shakhi-Zinda, Ulugbeg Observatory and the Afrasiab Museum.Overnight in Samarkand.

Board the Afrosiyob train from Samarkand to Tashkent.On arrival in Tashkent, you will be transferred to your hotel. Transfer from hotel to the train station in Samarkand, en route visit the Silk Paper factory, Siyob national bazaar and the Bibi- Khanum Mosque.This morning, check-out from the hotel and you will be transferred to the train station in Samarkand for high-speed train to Tashkent. En route visit the Silk Paper Factory which is located at Koni Ghil village where you will have an opportunity to see the process of the silk paper which has being kept from generations. Continue to the Siyob national bazaar- the largest bazaar famous for best breads, fruits nuts and souvenirs. Later, visit the Bibi-Khanum Mosque named in the honor of the eldest wife of Great Timur.

Enjoy an excursion to Chimgan Mountains. Today enjoy an excursion to the Chimgan Mountains, the most popular ski resort of Uzbekistan. Drive past picturesque local villages, gardens and streams. On arrival, proceed to the top of the mountains with a chair cable-car lift from where you can enjoy breathtaking views. Take photographs of the mesmerizing view and return by cable car. Continue to drive to the shores of Lake Charvak. Marvel at the breathtaking view of the surrounding mountains and if weather permits you can enjoy swimming and other water activities. Later, rive back to Tashkent in the evening.Note: Swimming and water activities begin from June.

Today you will be met and transferred to the airport for your flight back home.

Uzbekistan is famous for its architecture and Silk Road history. Samarkand, Bukhara and Khiva never disappoint to awe guests with their astounding mosques, medressas and tombs, while its unusual attractions, such as the quick disappearing Aral Sea. The fortresses of desperately remote Karakalpakstan, its boomtown capital Tashkent and the ecotourism opportunities of the Nuratau mountains, mean that even the most diverse tastes can be catered for. Despite being a harshly governed police state, Uzbekistan remains an extremely friendly country where hospitality remains an essential element of daily life and you'll be made to feel really welcome by the general people you meet. In terms of sights alone, Uzbekistan is Central Asia’s influential draw and most impressive showstopper. Come and embark on this Silk route tour which is blessed with diverse landscapes. Book your Uzbekistan holiday package with us. 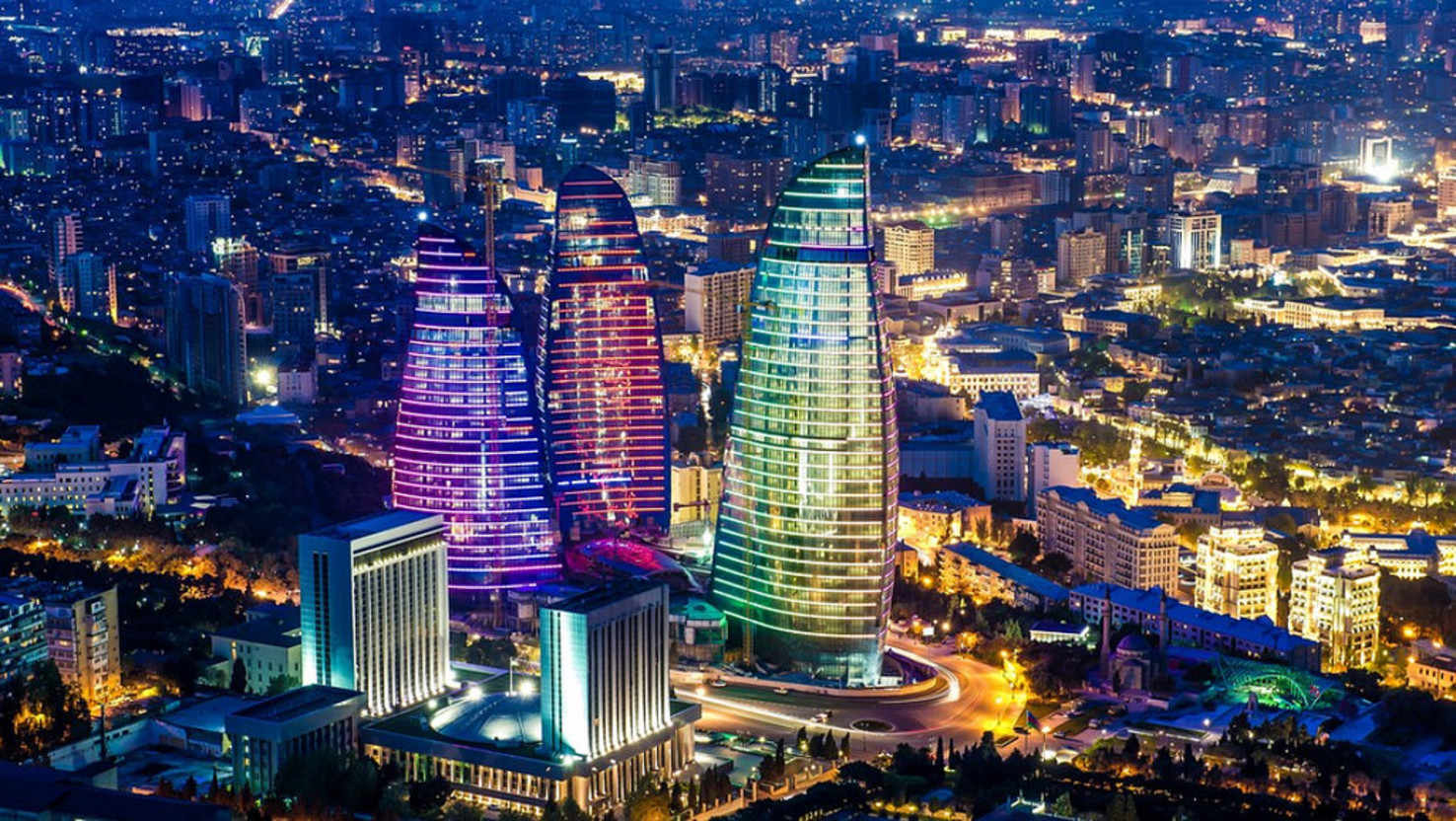 Travel to Azerbaijan-Turkmenistan-Uzbekistan-Kazakhstan? These are off-the-beaten-path places and lesser visited nations. Every nation in Central Asia has a good deal to see and do, along the course of the Silk Road explore lovely architecture of cities and the unforgettable beauty of nature. From the expansive roads of occupied urban areas to the quiet tranquility of regular sights, Central Asia's best visits flaunt the assorted variety and magnificence of these countries. Book your Central Asia tour package today. 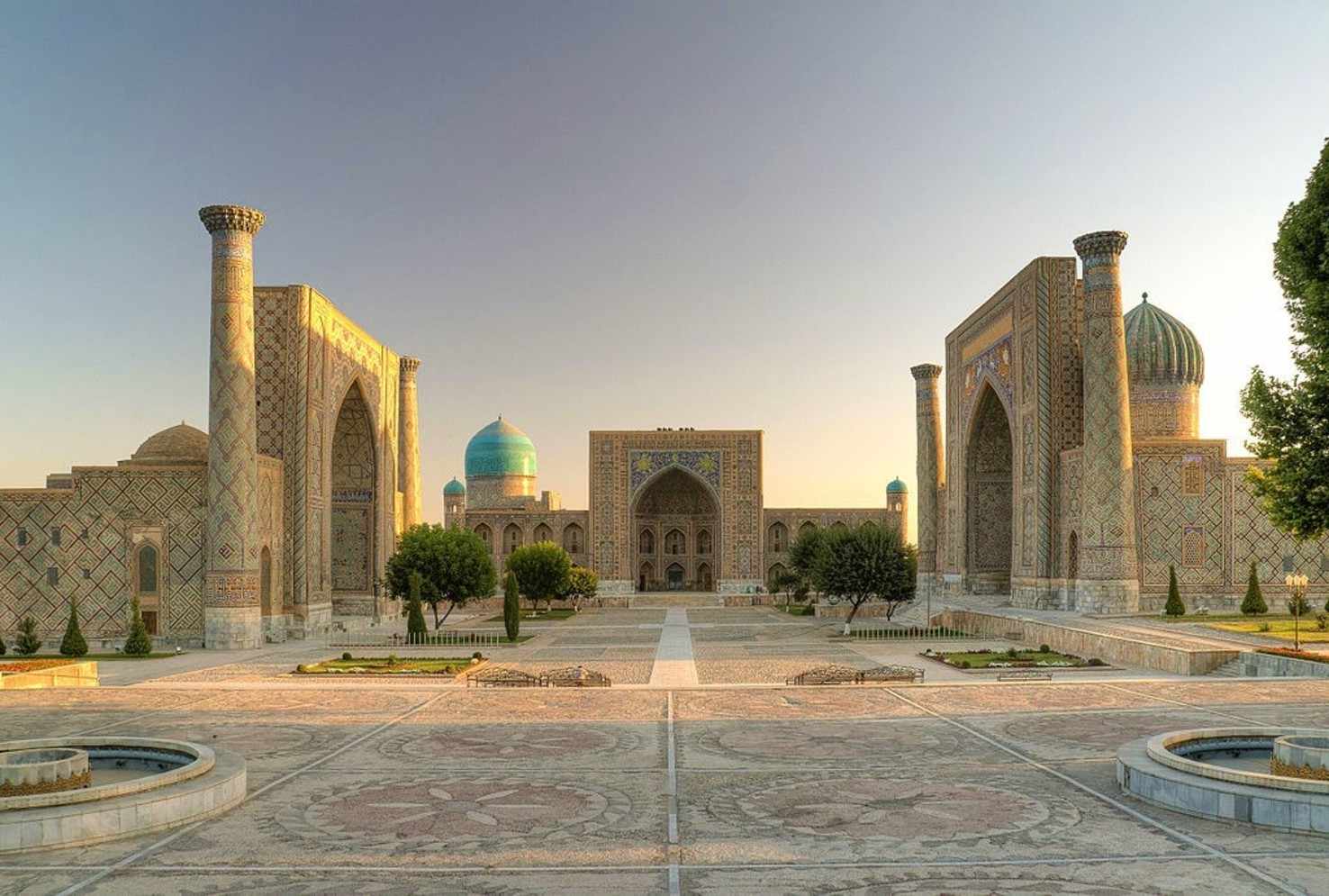 Turkmenistan is at the top of the list of the travellers. It has lots of stunning tourist attractions to win your heart. The stupendous cultural insight will make you joyful. Uzbekistan is a stupendous country to visit. It offers small towns, beautiful scenery and a multitude of delicious things to eat as a reward. The lovable architect and wonderful history will not let you bored rather make your trip interesting.