Step back in time and visit to many of Greece's historic sites. In addition to the Acropolis, visit the archaeological site of Mycenae, dating back to 1350 to 1200 BC. Don’t forget to travel the fantastic landscape of Meteora with its 24 rock-top monasteries. Sail into the deep-blue waters of the Aegean Sea and visit these beautiful islands yourself. 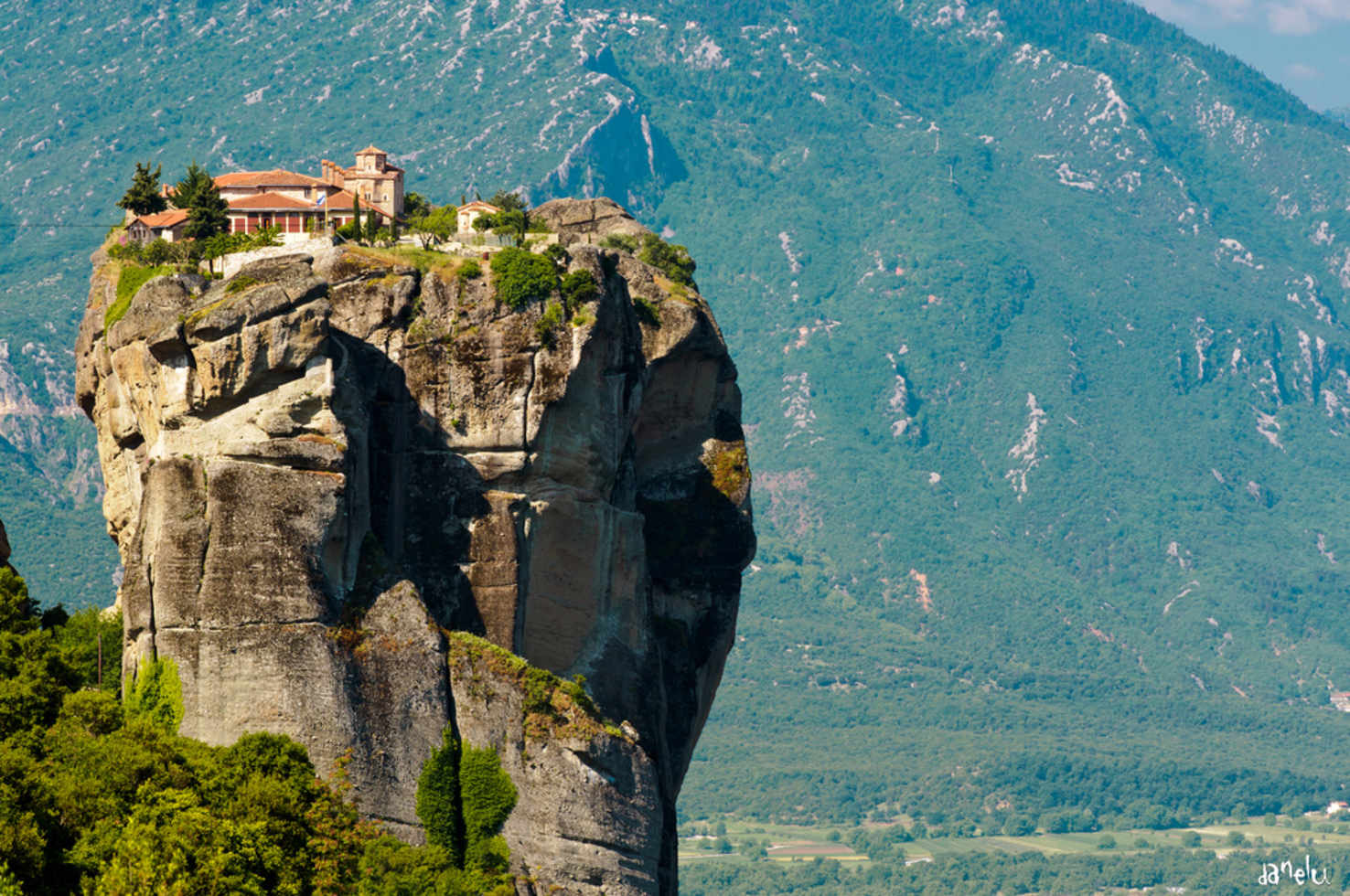 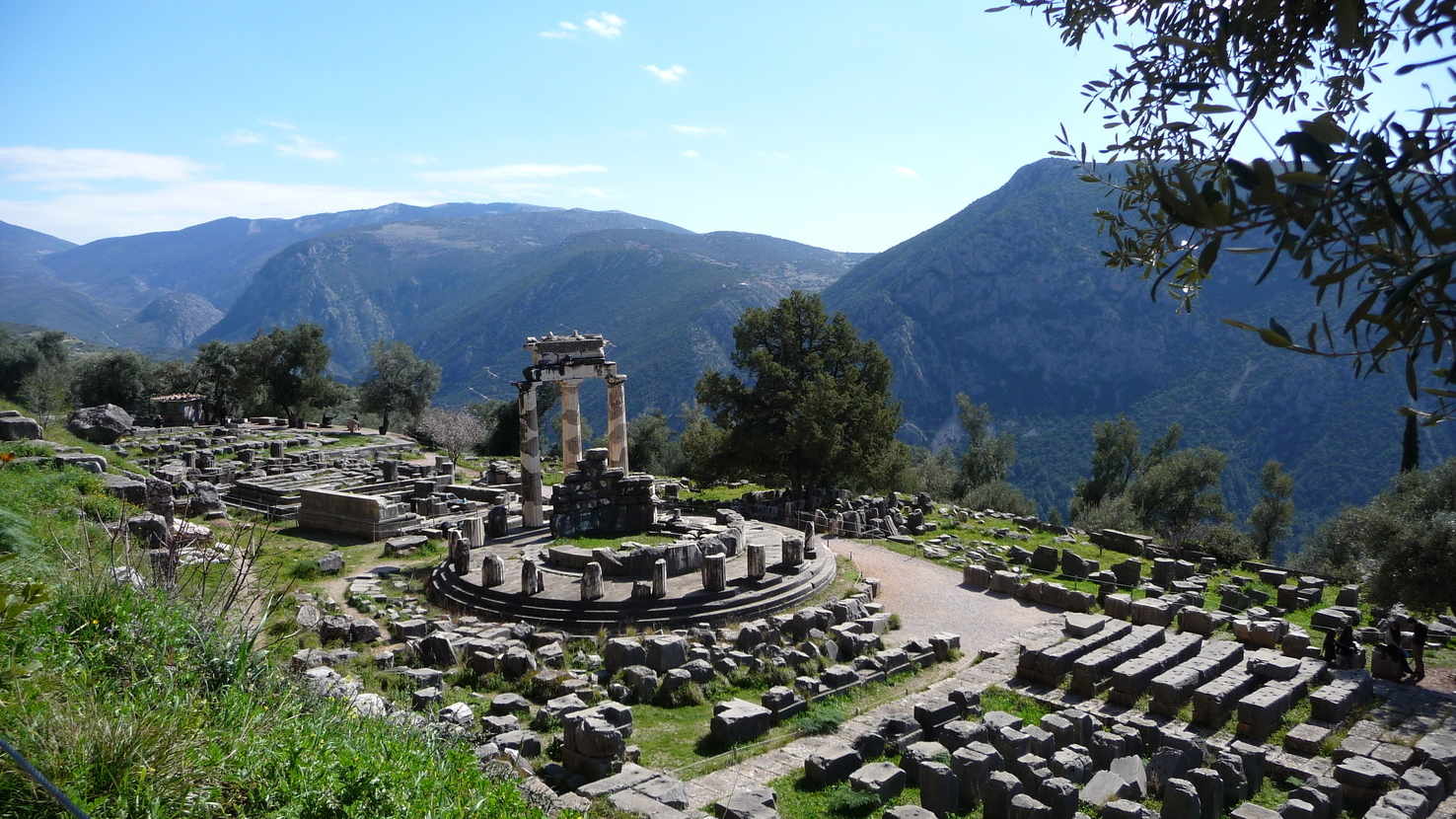 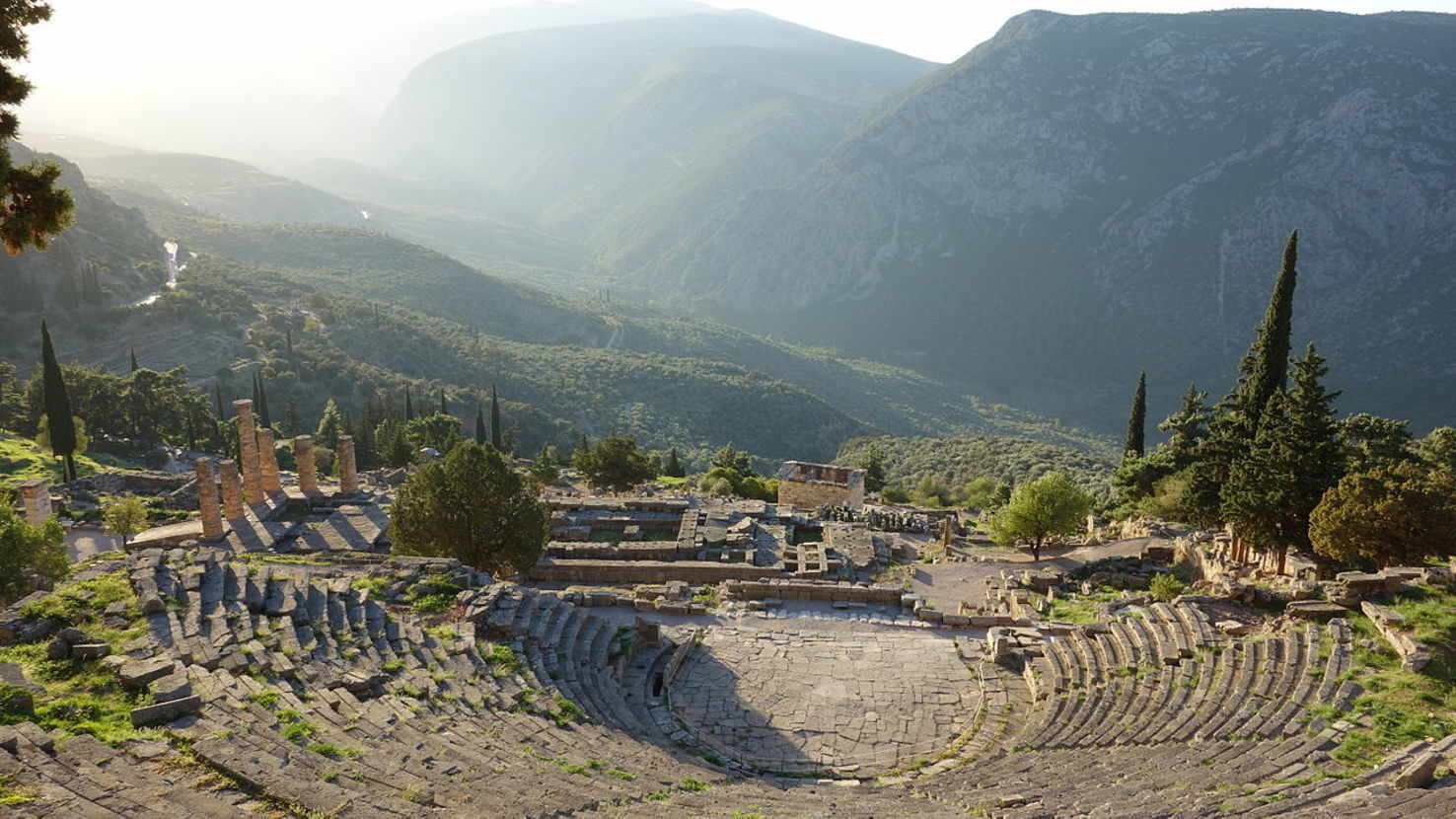 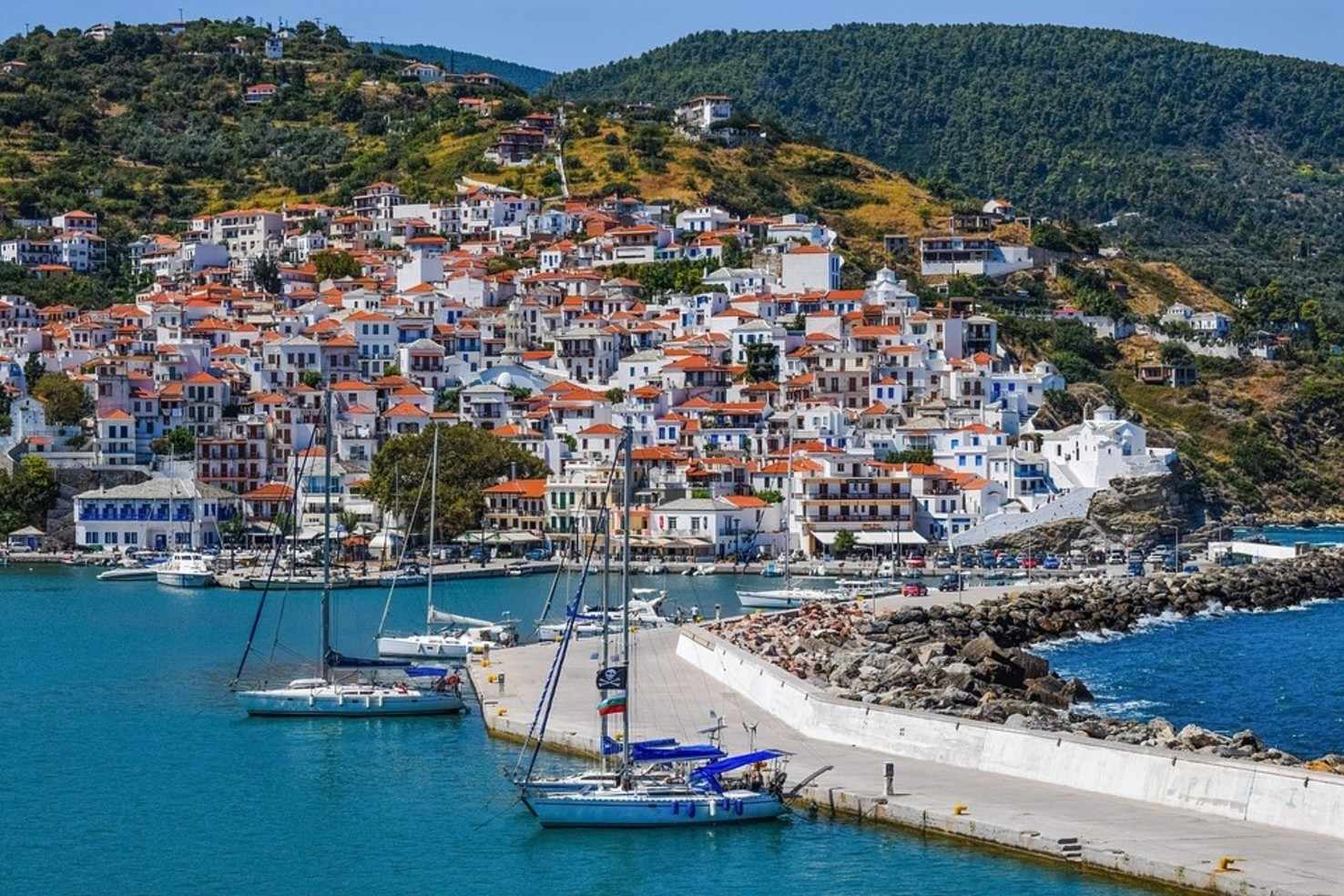 Check into your hotel. The rest of the day is free for you to start exploring the Greek capital. Later, meet your Tour Director and fellow travelers.

A day to relax and do just as you please. For instance, join an optional day cruise to the islands of Aegina, Hydra, and Poros. In the evening, free time to enjoy the lively atmosphere of the tavernas and nightclubs in the old Plaka district with its narrow streets and sound of bouzouki music.

Join the included guided tour of Athens, featuring the highlights of this ancient capital and a visit to the ACROPOLIS. Cross the Corinth Canal, then journey into the Argolis to stop in EPIDAURUS. Visit the OPEN-AIR-THEATER, which can still seat 14,000 spectators, then head for the coast to Nauplia.

This morning, enjoy the included guided excursion to the ARCHAEOLOGICAL SITE and MUSEUM OF MYCENAE, a city fortress cursed by the gods but rich in gold and warrior kings. Travel into the Peloponnese to Sparta.

Enjoy the included sightseeing of the medieval BYZANTINE CITADEL OF MYSTRA, at one time known as the “Florence of the East.” Continue to Olympia.

Focus on Olympia, where the athletes of antiquity performed in honor of the king of deities. Spend free time in this pretty town, or learn more about the history of the Olympic Games on the optional sightseeing tour. Later, drive north towards Patras, the capital of the Peloponnese and the west coast’s largest port. Then, head through picturesque fishing villages along the south coast of the mainland to mystical Delphi, crossing the spectacular RION-ANTIRION BRIDGE.

Free time in the town or optional morning sightseeing of the archaeological site of Delphi. On to Kalambaka.

A short drive to Meteora, a cluster of Christian-Orthodox MONASTIC BUILDINGS perched in an unforgettable manner on a set of rising rock formations. Your included visit is certainly the day’s highlight. Continue south to Athens.

A full day at leisure to explore the unseen parts of the city, or maybe join an optional excursion.

Early morning embarkation and an afternoon spent cruising in the Aegean. Evening arrival in Mykonos, a granite island and the most typical of the Cyclades. Its white and blue houses, windmills, and chapels seem to make the island’s light even more translucent. Spend some time visiting a taverna or just wandering around the town, enjoying its timeless beauty.

Two ports of call today. First, Kusadasi on the Turkish coast. An included morning excursion takes you to the fascinating Greek, Roman, and Byzantine excavations of Ephesus. Next, discover the tiny Greek island of Patmos, where St. John the Divine wrote Revelation. The 11th-century monastery with its valuable manuscript collection is well worth a visit.

Dock in Rhodes, largest of the Dodecanese Islands and site of the Colossus of Rhodes, a 105-foot statue destroyed by an earthquake in 224 BC. Explore the sites in the historic Old City with its ramparts and palaces built by the Knights of St. John during the Crusades. Another possibility: join an included excursion to Lindos and the fabulous Temple of Athena. And if sightseeing is not your thing, Rhodes’ sun-drenched beaches and colorful shopping districts are within easy walking distance of the port. Depart from Rhodes around dinner time.

Morning at Heraklion on the island of Crete. A few miles away is Knossos, the center of the 3000 BC Minoan civilization; an optional excursion can be booked. Next port of call (weather permitting) is Santorini, the “Black Pearl of the Aegean.” The included shore excursion here takes you up to the cliff-top village of Oia for one of the world’s most breathtaking panoramas.

Early morning arrival in Lavrion/Piraeus; drive to Athens. Time to relax, visit a museum, or to do some last-minute shopping.

Your vacation ends with breakfast this morning. 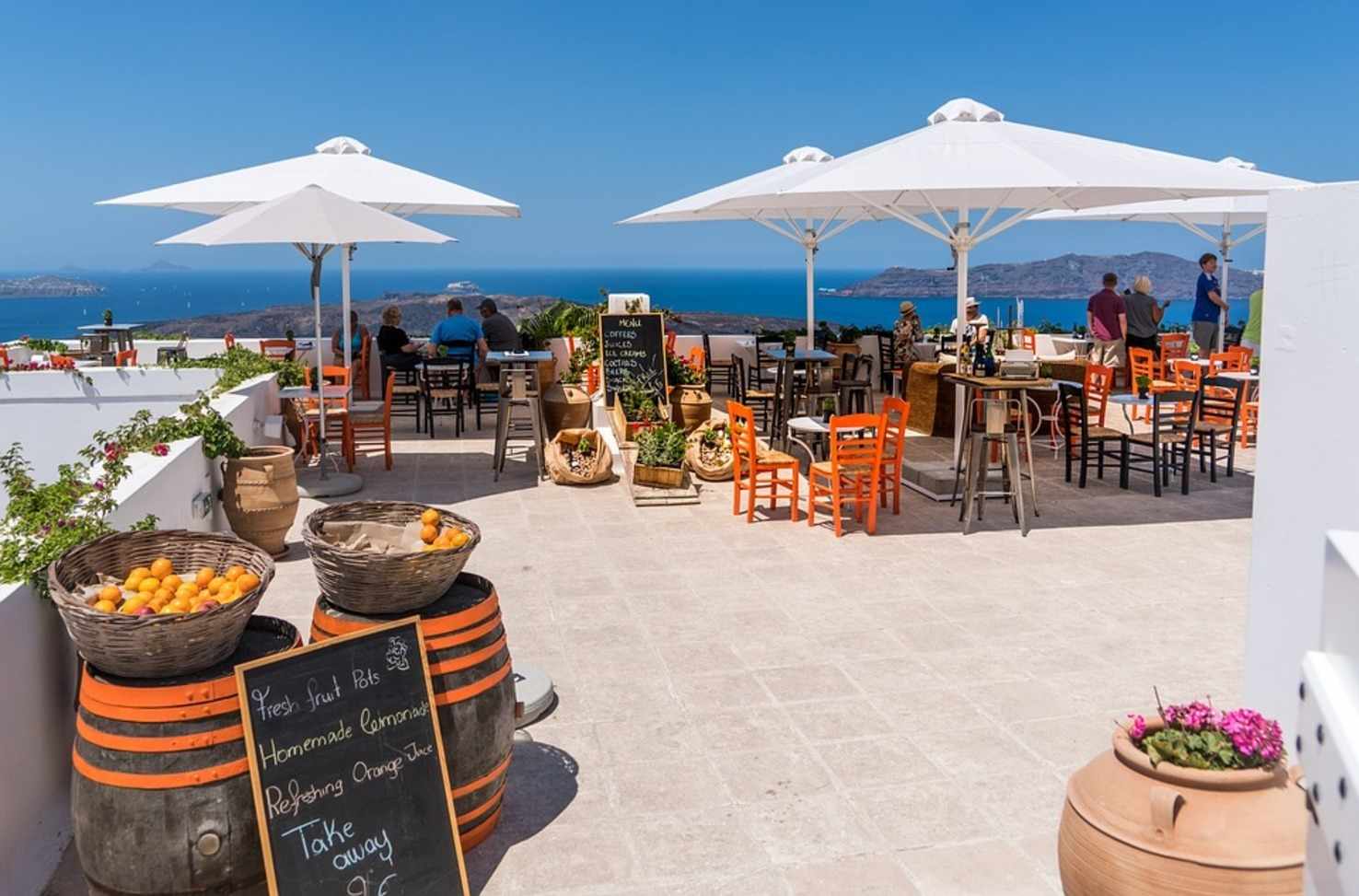 Planning a honeymoon to Greece? Ancient sun-bleached ruins pierce blue skies as the Aegean laps at the endless coastline and Greek culture is alive with passionate music, inspired cuisine and thrill-seeking activities. On a broader perspective, Greece is not just restricted to Delphi, Athens, Santorini, Mykonos, Pythagoras, Acropolis and Baklavas. To know more about this country, refer to our itineraries which will strike you harder to think and visualize the destination also known as “HELLAS “ in a different perspective. Make your Greece holidays memorable with our Greece honeymoon tour package. 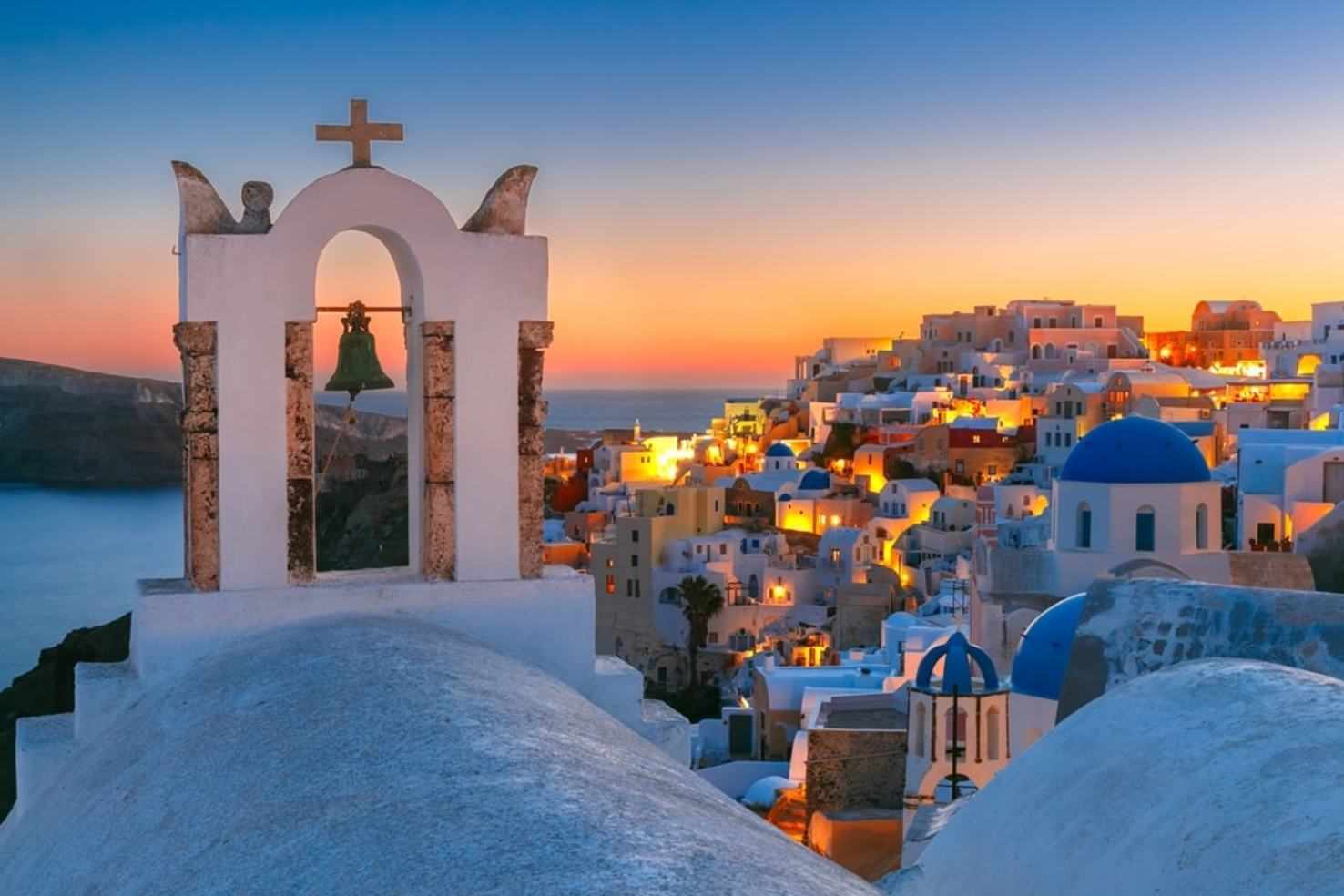 Arranging a family get-away to Greece? World-renowned ancient heritage and Greek culture is alive with energetic music, inspired cooking and adventure activities. On a more general perspective, Greece isn't simply limited to Delphi, Athens, Santorini, Mykonos, Pythagoras, Acropolis and Baklavas. The island of Santorini houses several enchanting towns, all with its very own particular character. To find out about Greece, allude to our schedules which will strike you harder to think and imagine the goal otherwise called "HELLAS " from another point of view. This Greece holiday package is customized and designed recognising our clients' choice, all you have to do is book and experience this beautiful destination. 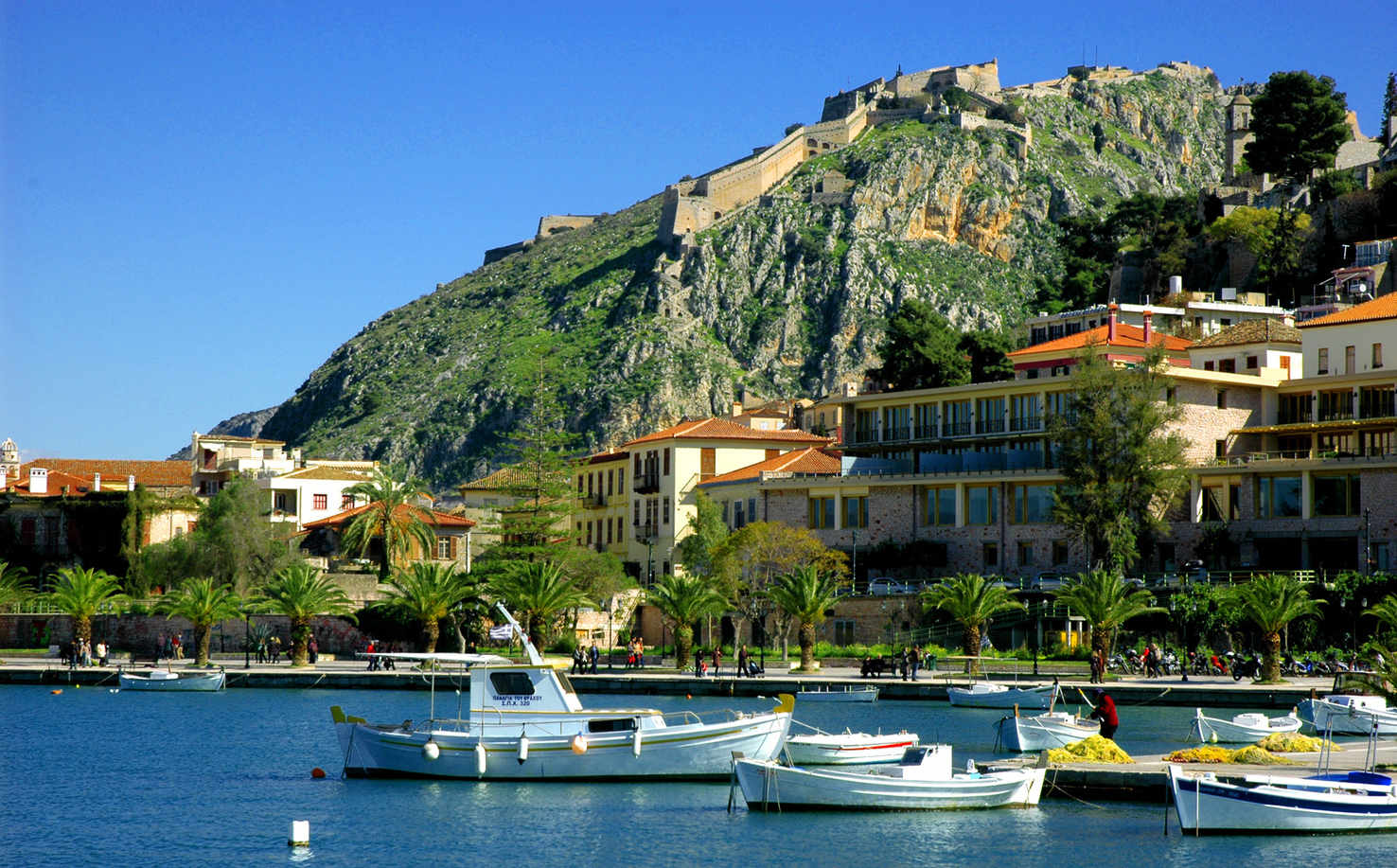 Planning holidays to Greece? World-renowned ancient heritage and Greek culture is alive with energetic music, inspired cooking and adventure activities. Don’t fall into the trap of Greece only with its islands. Greece mainland has a great deal to offer, from Athens, Nauplia, Sparta, Olympia, Delphi, Kalambaka. Monasteries on rock pillars, once approachable only by a frayed rope. Greece is a collection of various experiences and sceneries, as well as one of the world’s greatest open air museums. Book your Greece holiday packages with Journey Cart Holidays