Israel is a wonderful place with several tourist attractions. It is packed with vibrant culture and lovable food. Even after travelling once at the Holy Land, you don’t need to read the bible. You will get to know about the place where the Lord lived, taught, healed and was crucified. Avail best deals on vacation packages with Journey Cart Holidays. 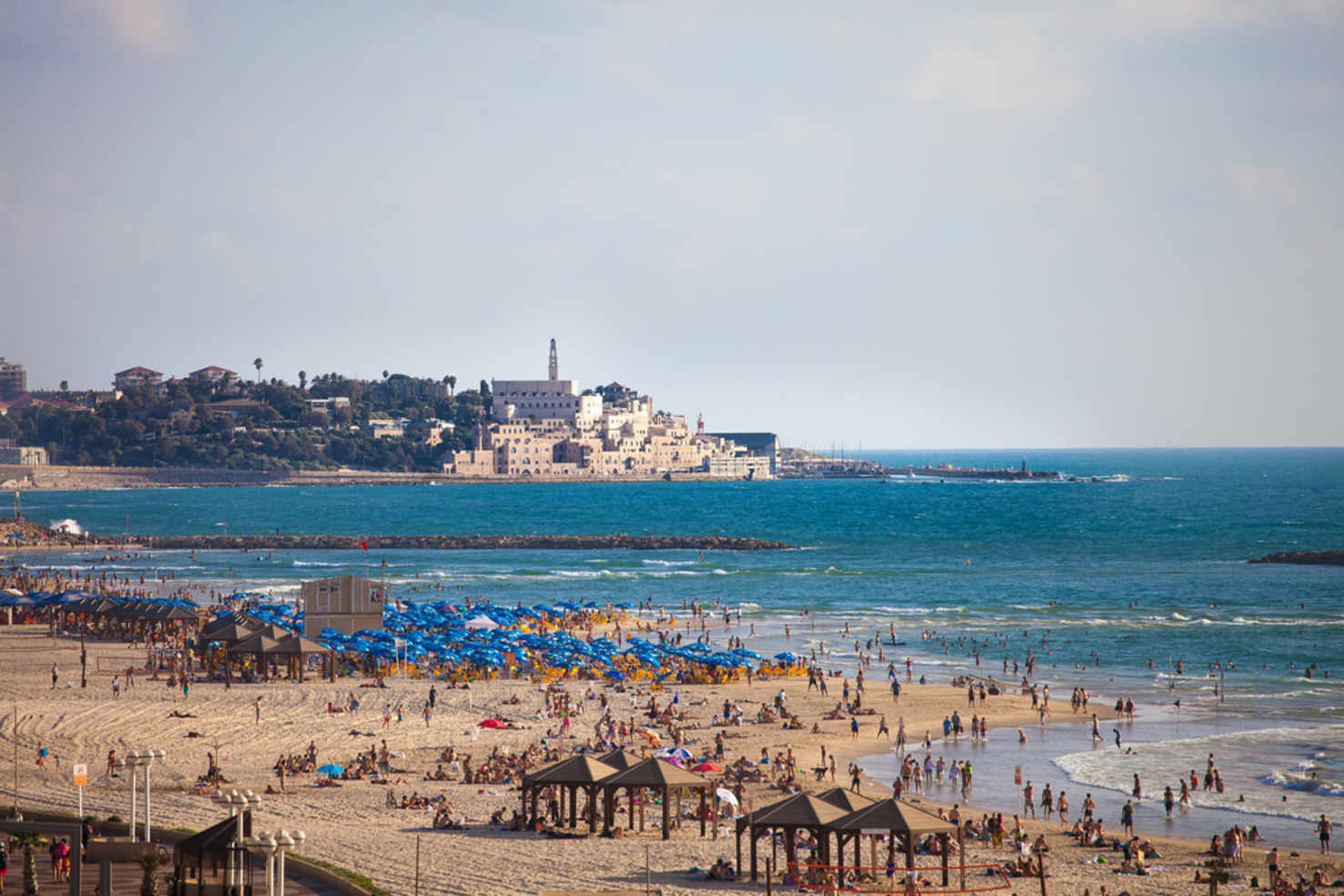 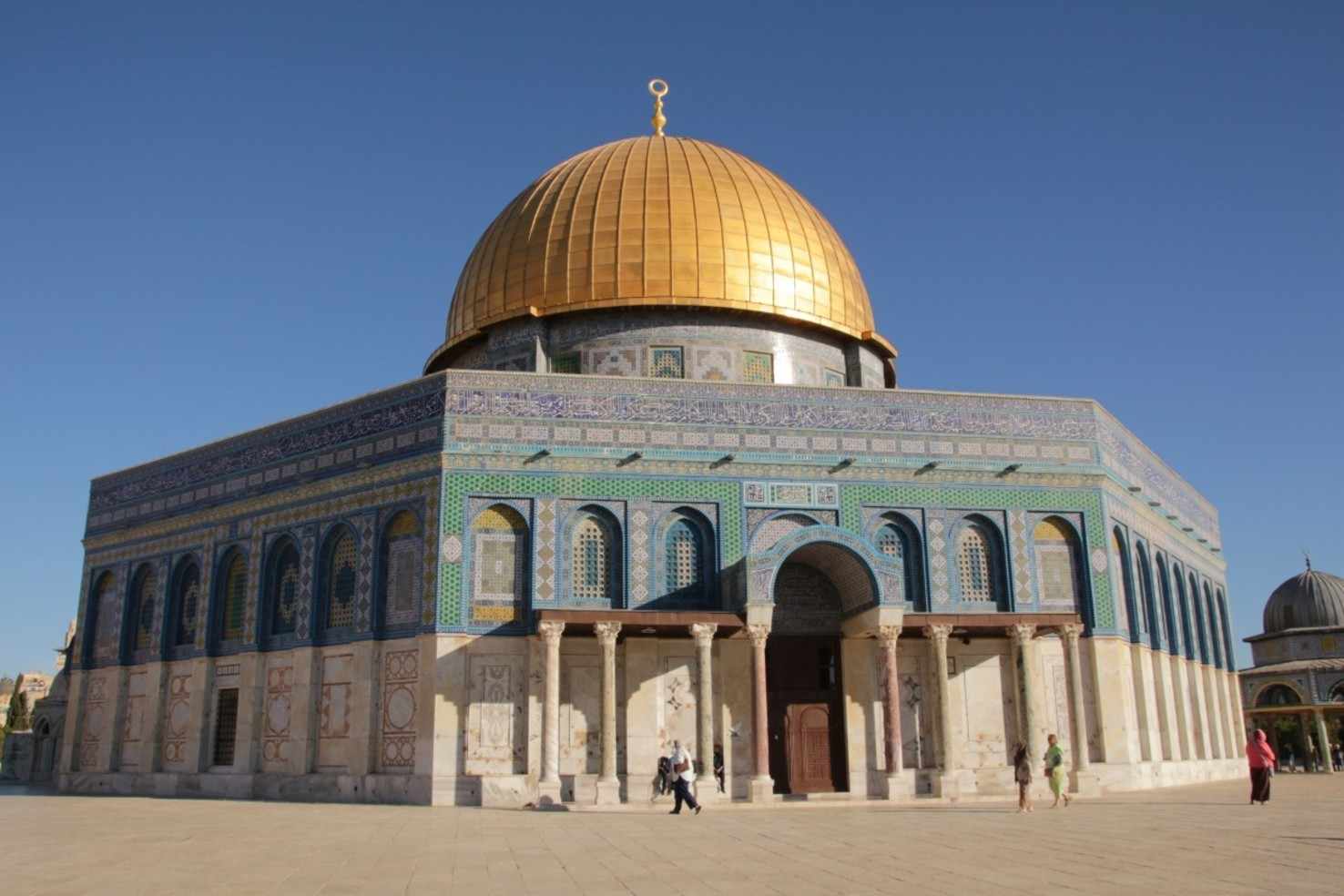 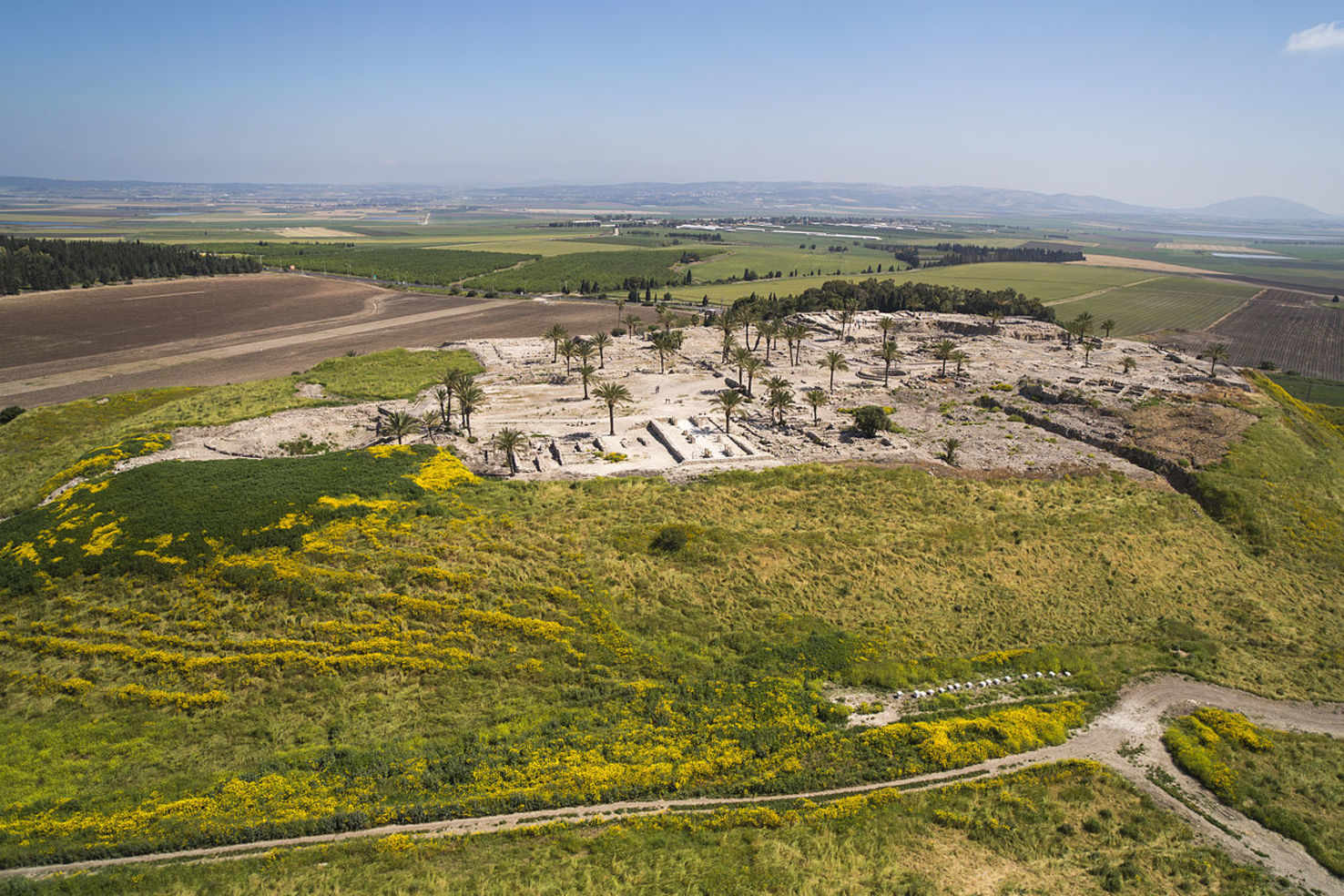 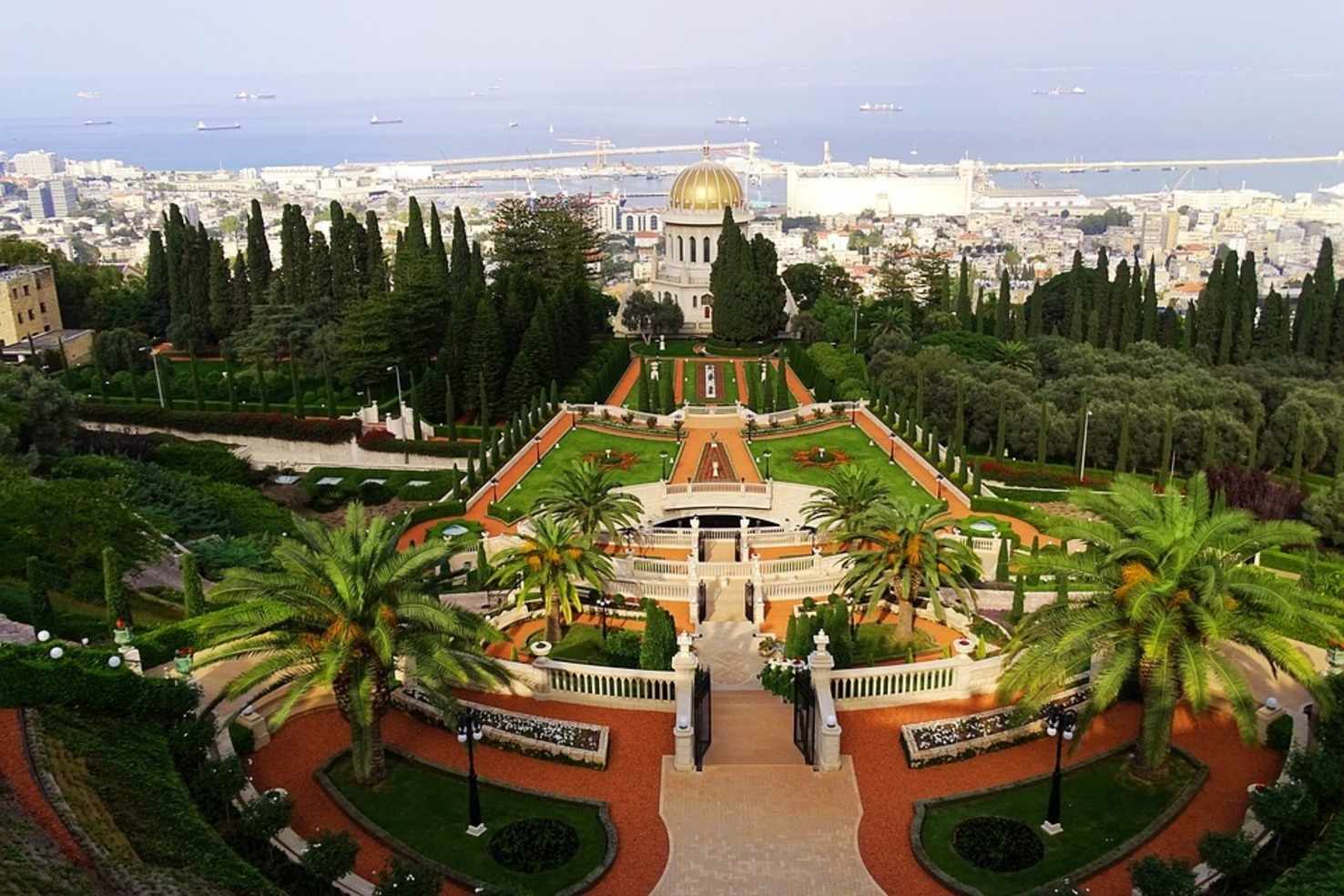 Welcome to Israel! Check into your hotel and enjoy the rest of the day at leisure. This evening, meet your Tour Director and fellow travelers.

Enjoy a full day exploring some of the Holy Land’s ancient biblical and modern sights. Begin by driving to the old port of Jaffa, an atmospheric town, where Jonah set sail before he was swallowed by the whale. Continue to CAESAREA, an ancient port turned incredible ARCHAEOLOGICAL ZONE. Built by Herod the Great in the 1st century BC, the city was one of the most splendid in ancient Palestine and its capital for more than 600 years. Admire what remains of Herod’s grandiose building works, including the restored 3,500-seat Roman theater, the aqueduct, harbor, and the crumbled moat and towers from the 12th-century CRUSADER FORTRESS. From here, travel to the archaeological site of MEGIDDO, an age-old FORTIFIED TOWN with 25 layers of archaeological findings and one of the world’s most important biblical sites. According to the New Testament, this is where the Battle of Armageddon will take place, the final struggle between good and evil, which will prompt the return of Jesus to defeat the Antichrist and cast Satan into the abyss. Next, visit MUHRAQA on Mount Carmel. Here, a 17th-century MONASTERY marks where the prophet Elijah confronted the prophets of Baal. Then, visit Haifa, a city dating back to biblical times, before reaching Nazareth, where you may have an opportunity to join the candlight procession starting from the Church of the Annunciation square on your own.

This morning, visit the CHURCH OF THE ANNUNCIATION, where the Archangel Gabriel told Mary she would conceive and give birth to Jesus, the Son of God. Attend [M] Mass at St. Joseph’s Church or the Church of the Annunciation. Then, head for CANA OF GALILEE, where Jesus turned water into wine at a wedding feast. Stop at GIDEON’S SPRING, where Gideon tested his army so he could decide who would join him in battle against the Midianites. Then, visit BET SHE’AN, one of the world’s best-preserved Roman cities. Ongoing excavations at this UNESCO World Heritage Site have revealed time-worn colonnaded streets, bathhouses, and theaters.

Day 4 : Nazareth. Excursion To Mount Of Beatitudes–Capernaum–Sea Of Galilee–Tabgha–Jordan River.

Today, travel to the Sea of Galilee, stopping en route to visit the MOUNT OF BEATITUDES, where Jesus delivered his Sermon on the Mount. Next, Capernaum, home to the apostles Peter, Andrew, James, John, and Matthew, the tax collector. While here, see its ANCIENT SYNAGOGUE and the HOUSE OF ST. PETER, then head for Tabgha, to visit the church commemorating the miracle of Jesus feeding 5,000 people with two fish and five loaves. Celebrate [M] Mass in Magdala on the shores of the Sea of Galilee and then return to Nazareth to participate in the rewarding hands-on afternoon of volunteer work at the NAZARETH TRUST, a Christian organization providing services to the community.

Enjoy a spectacular drive through the Jordan Valley and visit Jericho, where the shouts and trumpet blasts of Joshua and his army caused the city fortifications to crumble. Stop at the Qasr el Yahud baptismal site, where according to tradition, Jesus was baptized by St. John the Baptist. Continue to Bethlehem, birthplace of Jesus and King David. Visit one of Christianity’s holiest places, the CHURCH OF THE NATIVITY, built over the cave thought to be the spot where Jesus was born. Here, you will have time to pray and attend [M] Mass, if you like. Reach the holy city of Jerusalem in the late afternoon.

An intense day of reflection awaits as you set off on a walking tour of Jerusalem’s Old Town. From the MOUNT OF OLIVES, take in memorable views over the city’s domes, walls, and rooftops before strolling in the GARDEN OF GETHSEMANE, where Jesus prayed on the night before his arrest. Your guide will then lead you into the JEWISH QUARTER, pointing out the WESTERN WALL with its prayer notes tucked between the stones, and the Dome of the Rock, the gold-topped mosque on Temple Mount. Next, walk the famous Via Dolorosa (Way of the Cross), following in Jesus’ footsteps as he bore the cross to Calvary for his crucifixion and burial, where the BASILICA OF THE HOLY SEPULCHRE now stands. Later this afternoon, attend [M] Mass, if you like.

Optional Excursion To Masada & The Dead Sea. Today is free to relax, explore Jerusalem at leisure, revisit some of the most significant places of worship, or join an exciting optional excursion to the Dead Sea, the planet’s lowest point on dry land. Travel through the mountainous Judean Desert; pass the Qumran Caves, where the Dead Sea Scrolls were discovered; then, ride the cable car up to the magnificent Fortress of Masada. The fortification, perched high on a clifftop plateau above the Dead Sea, was where 960 Jewish rebels made their last stand against Roman forces in 73 AD. Later, head for the shores of the Dead Sea, where you’ll have plenty of time to experience the incredible buoyancy in the salt water. Toward the end of the afternoon, return to Jerusalem.

Your vacation ends with breakfast this morning (nearest airport is Tel Aviv). 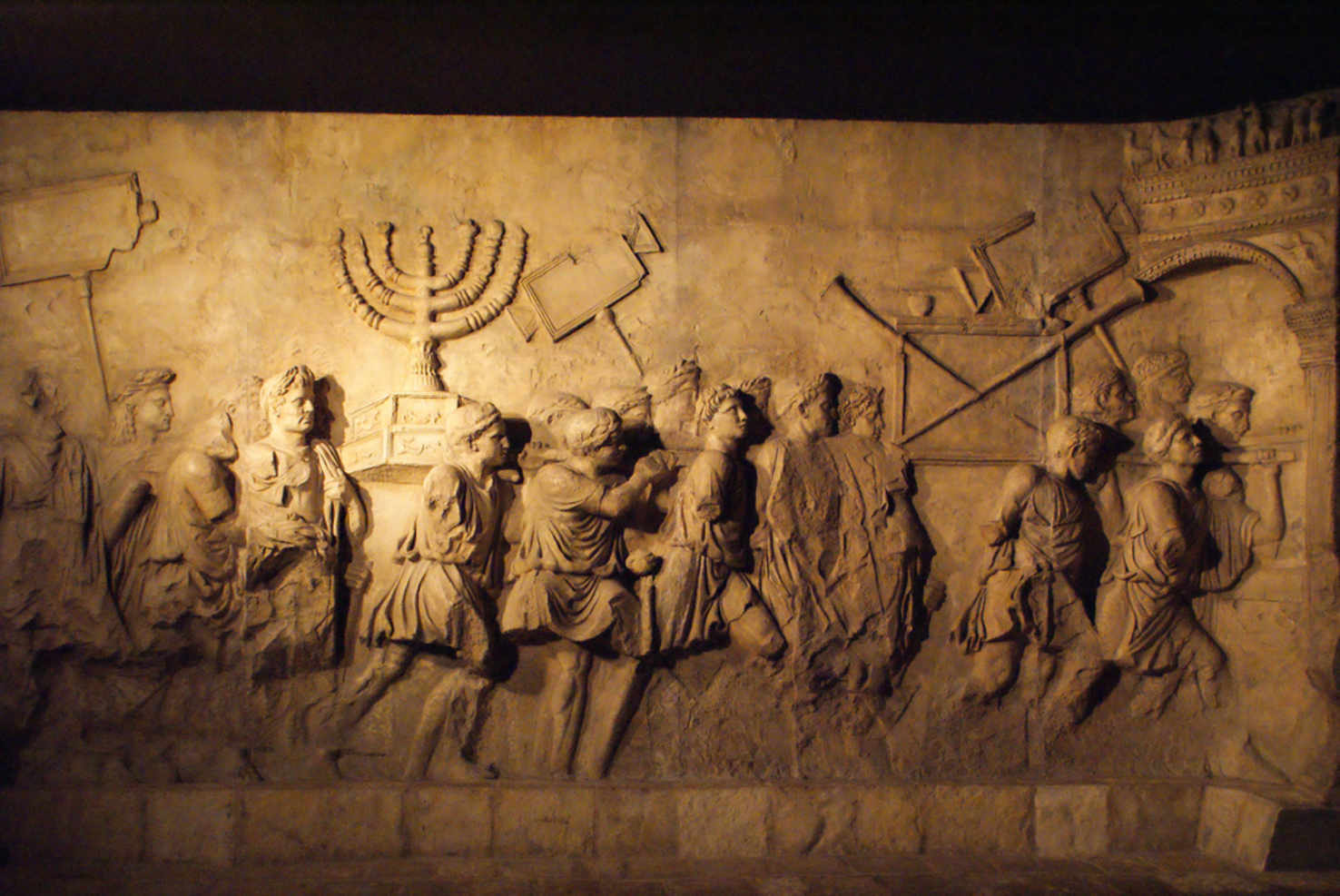 Some countries on earth mix up passion the way that Israel does: the innocent beauty of its hills and valleys, the weird silence of the Dead Sea, the multi-shaded valley of Makhtesh Ramon, and the old walls and pathways of Nazareth and Jerusalem. The call of the muezzin and the soft prayers of Orthodox Jews at the Western Wall reflect how the religious commitment of the Muslims, Christians and Jews who live here goes through each feature of life. Come and be a part of this top-notch destination which excels in varied sectors of the economy. Be a part of this Hedonistic approach and embark on a trip to Israel with us. 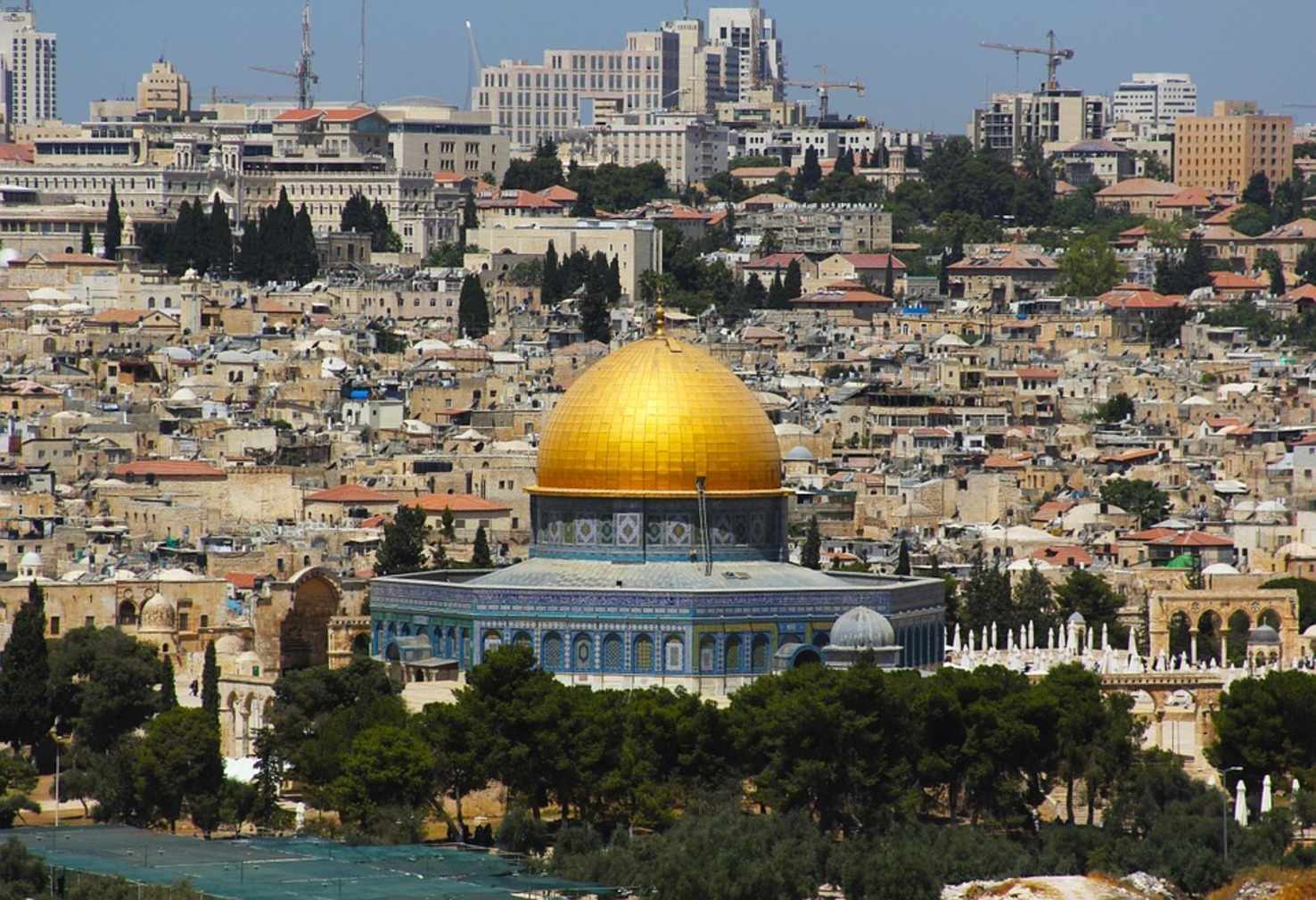 Planning a trip to Israel? Israel has always been an alluring destination for visitors. Within its small perimeter, Israel packs in abundant riches, from cherished religious sites and well-preserved archaeological treasures to spectacular natural wonders. This country has equally diverse landscapes. The prime destination for religious pilgrimages, the Holy Land offers, among many divine splendours. Tel Aviv is one of the most vibrant cities in the world. Experience Israel's rich history and treasures with Journey Cart Holidays Israel tour package. 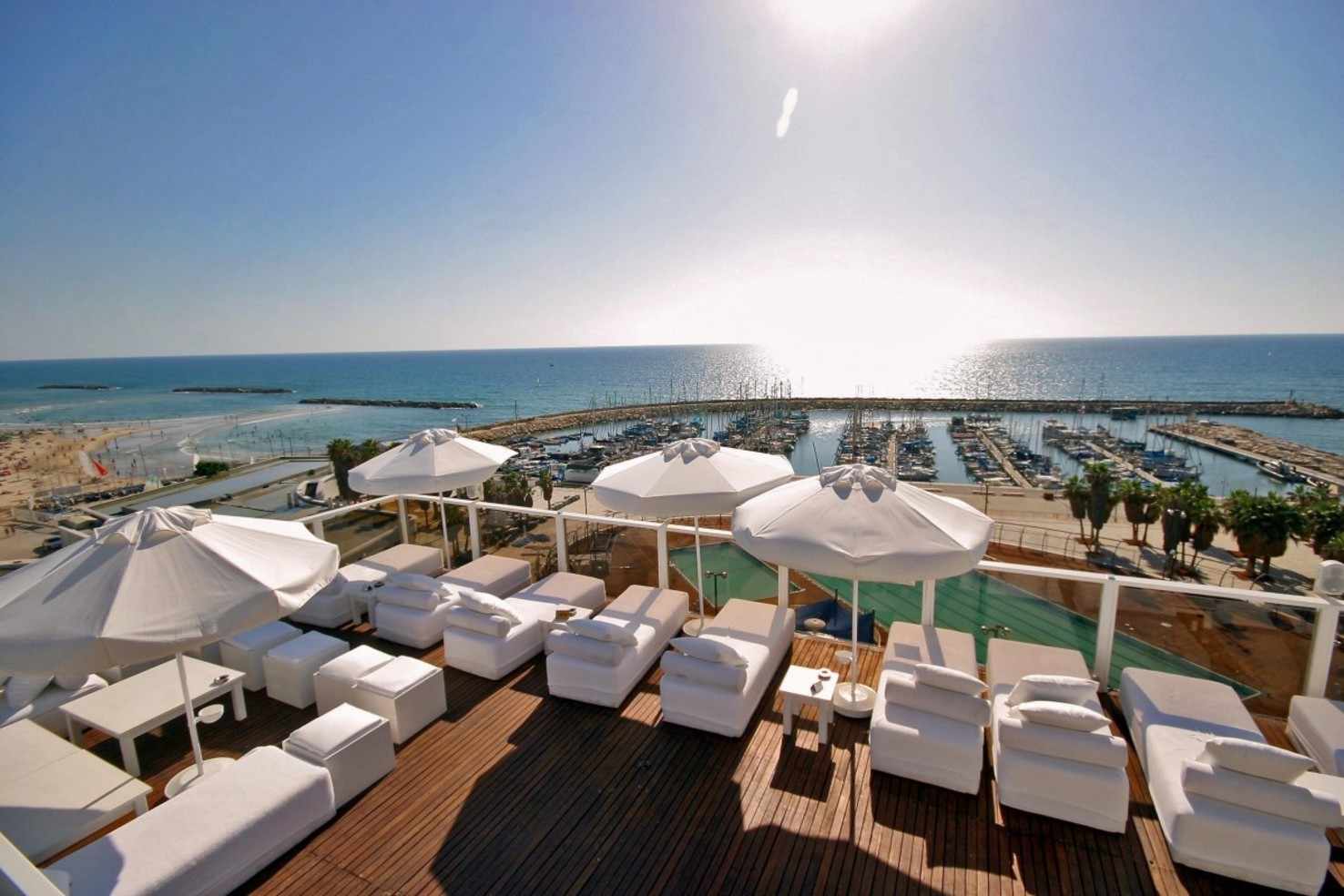 Israel possesses a number of diverse regions, with landscapes varying between coast, mountain, forest, and desert landscapes. Israel is the bridge between Europe, Africa, and Asia, the place where levels of service, culture, language, food, and so much more meets. As the prime destination for religious pilgrimages, the Holy Land offers, among many sacred splendors. Jerusalem's history spans more than 3,000 years—the city is brimming with archaeology, with new artifacts being discovered on a daily basis. Be a part of this Hedonistic approach and embark on a trip to Israel with us. Travel Israel with our most affordable tour packages.